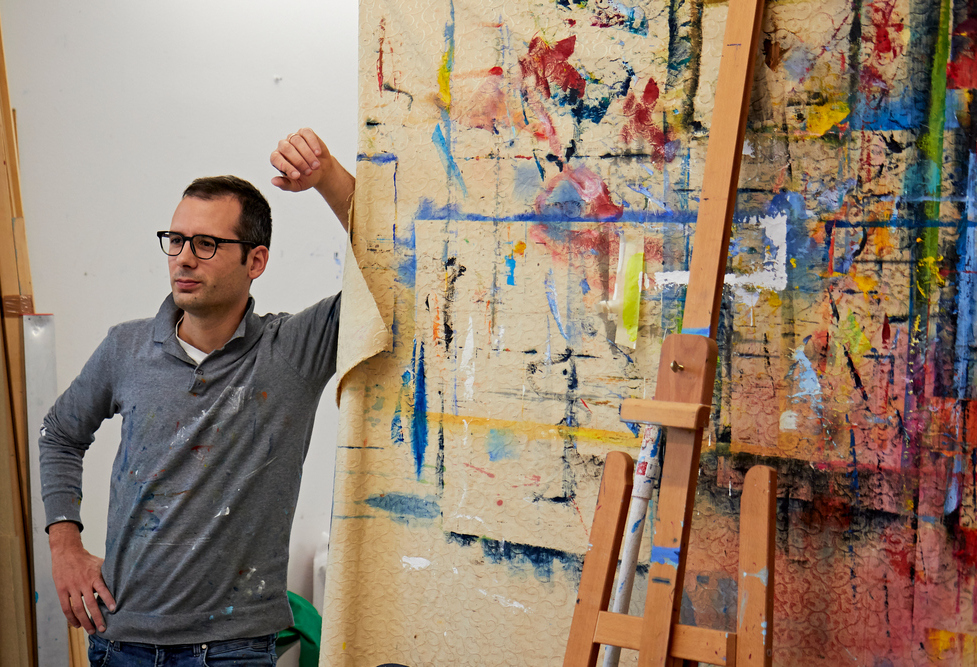 Francesco Zavatta Contemporary Artist, and was born in Rimini in 1986. He lives and works near Milan.

In 2004 he moved to Florence to attend the Accademia di Belle Arti. He presented his first exhibition there "RIMINIRIMINI", which consisted of large-scale, strong-coloured, thickly painted oils on canvas, the theme being transparency and reflection on water, which are at the basis of his artistic research and have become his artistic style. In 2009 he left for Venice to specialise in painting at the Accademia di Belle Arti. Meanwhile, thanks to a fruitful relationship with the auction house San Lorenzo, his paintings of reflections on the sea, the "darsena" (wet dock) in Rimini and the Venetian lagoon were sold to various private collections throughout Italy.

Once he had concluded his studies in 2012, he decided to move to Milan which is the first city to be subject-matter in his canvases. He was struck by the tram wires that cut through the sky, by the new skyline in the area of Porta Garibaldi and by the Cathedral. Facing the challenge of an urban landscape, his painting became less materic, freer and more dynamic. Working with mixed techniques on paper (china, pastels and acrylic) take on a new importance for him, because they encourage a swift, decisive dynamic expression. In time his palette fills with colour and the skies in Milan drip with colour as if they were large expanses of water.

Francesco Zavatta presented his new works on Milan in 2014, in the personal exhibition SQUARCI, in the area Spazio Lumera, inaugurated in the presence of Elio Fiorucci and Susanna Pagani. Subsequently, Fiorucci was to write most profoundly and eloquently on the artist's work: ”I believe that an artist fervently desires that his work may be understood, that his language may be understood. And in this case it seems to me that we are very much on the right path. When I look at his paintings it is as if I were looking at images that project memories from my life, and there is a wonderful bond between my memories and what he sees. This communion is what moves whoever looks at his paintings”.

In 2015 he inaugurated the exhibition ERA LÌ AD ASPETTARCI ("He was there waiting for us" in the Galleria Civica in Seregno, presented by Giovanni Gazzaneo and Elio Fiorucci. In this exhibition there are works depicting the city but also the first works of mountains and the human form. In the text combined with the exhibition catalogue, Prof. Gazzaneo highlights how in Zavatta's works “everything begins with paint dripping; it flows as if from a spring or a wound”, showing that he has understood the origin of the artist's pictorial expression.

After working on the city Francesco Zavatta decided to go back to painting water having increased his awareness and enriched his colours, which were clearly different from his earliest works. And so, in 2016 the big exhibition LINEA D’ORIZZONTE was organised in the art gallery Spazio Augeo in Rimini. The title of the exhibition derives from a contribution from Professor Philippe Daverio, who in a few words managed to catch a decisive aspect of the artist's human and pictorial research when he said that “Francesco Zavatta is clearly from Rimini because everyone in Rimini has their eyes focused on the horizon of the rising sun”.
In 2017 opens the collective exhibition "RIMINI P’ARTE", in the historic centre of Rimini, by Augeo Art Space; it is the "first" of CARTELLO RIMINI, an ambitious project that promotes the contemporary art of excellence of selected local artists. The artists involved besides Francesco Zavatta are Stefano Cecchini, Davide Frisoni, Luca Giovagnoli, Giovanni Lombardini, Filippo Manfroni and Stefano Ronci. Also in 2017 Francesco Zavatta presents a new series of works about the Ocean in the personal OCEANI E CITTÀ, at the Lumera Space in Milan..

Francesco Zavatta is clearly from Rimini because everyone in Rimini has their eyes focused on the rising sun's horizon and they see this early morning mist as a sort of dawn in the life they lead. 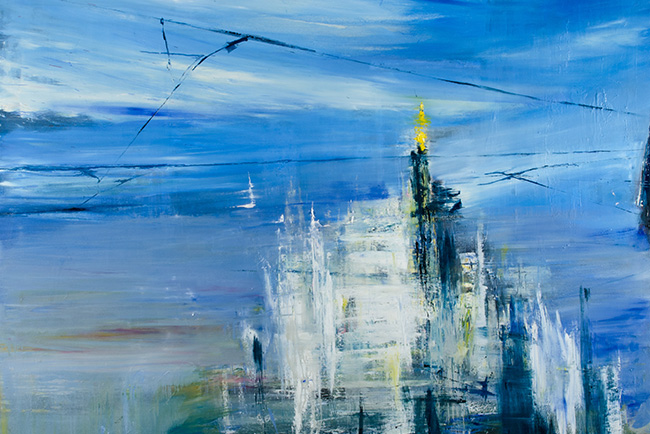 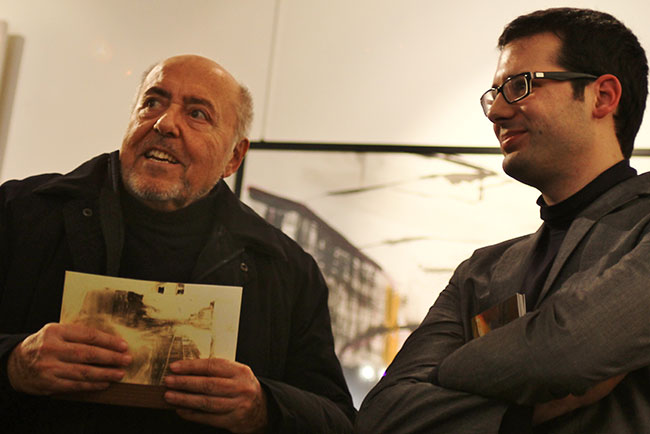 A selection of solo and group exhibitions

The emotional feeling void of sentimentality that one has when viewing the landscapes, the internal music of things – spaces, buildings, skies and water – laden beyond their physical and visual limits, their own sounds and meanings, where the soul and the object, the ideal and what is real are inevitably joined; all this is a source of joy. And the vibrant enthusiasm for what is concrete is the gift of youth.

Alessandro Giovanardi, The beginning and the waiting, 2009