Monday16th November 2020 – Moorings in the lagoon 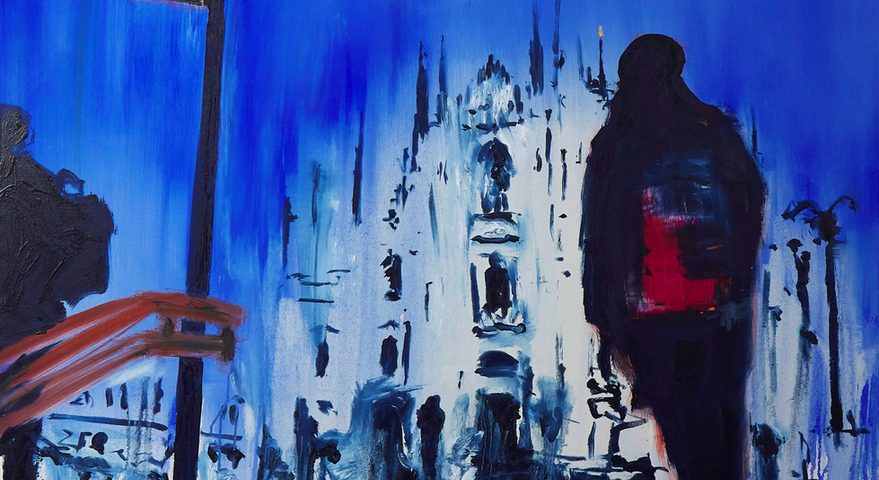 Last week, as I was about to leave the studio, the lights were already off, and I stopped to look at this work, Duomo Subway Exit which was just painted. I was moved because, even with the surrounding lights already off, the marble of the white facade of the Duomo gave off a very beautiful, discreet but present light. There I realized that the painting was finished! Another important aspect of the work is the pose of the person with the backpack, standing at the last step of the metro stairs, contemplating the grandeur of the facade of the Cathedral. Stopping to look is not a passive activity, on the opposite I think it is a very intense moment in which one reflects on his own life, on the direction in which he is going. It seems to me that there is a very restful intensity in that person, which makes me want not to run away but to face all the adversities that after that step he is called to take.
Happy Monday and good day everyone! 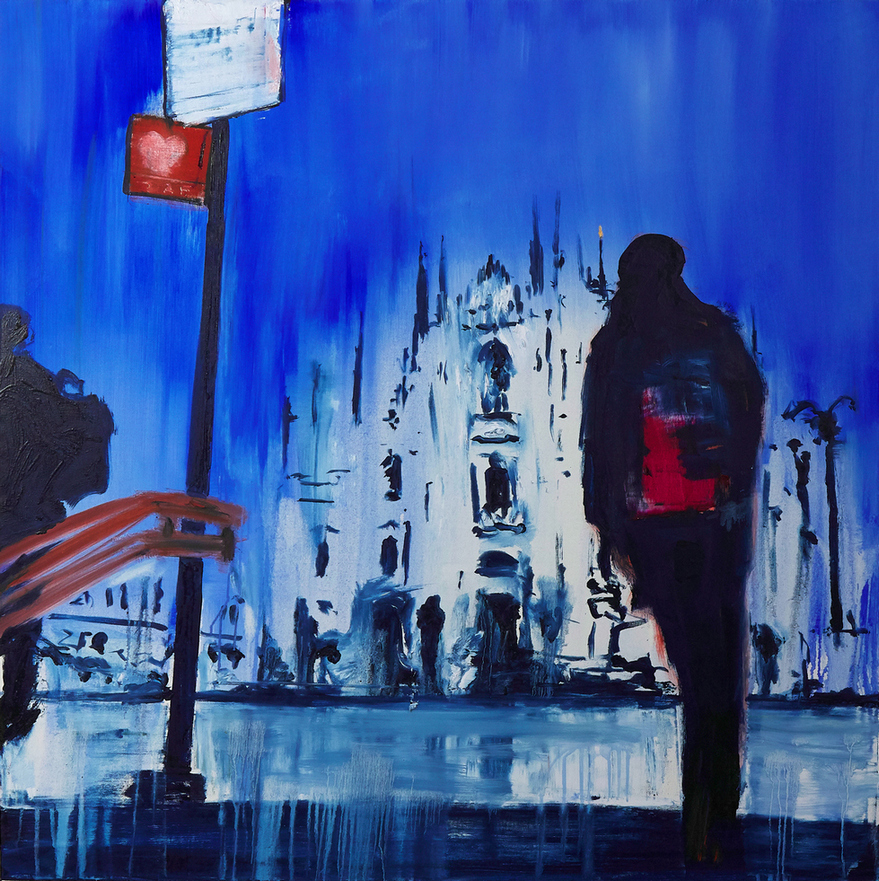 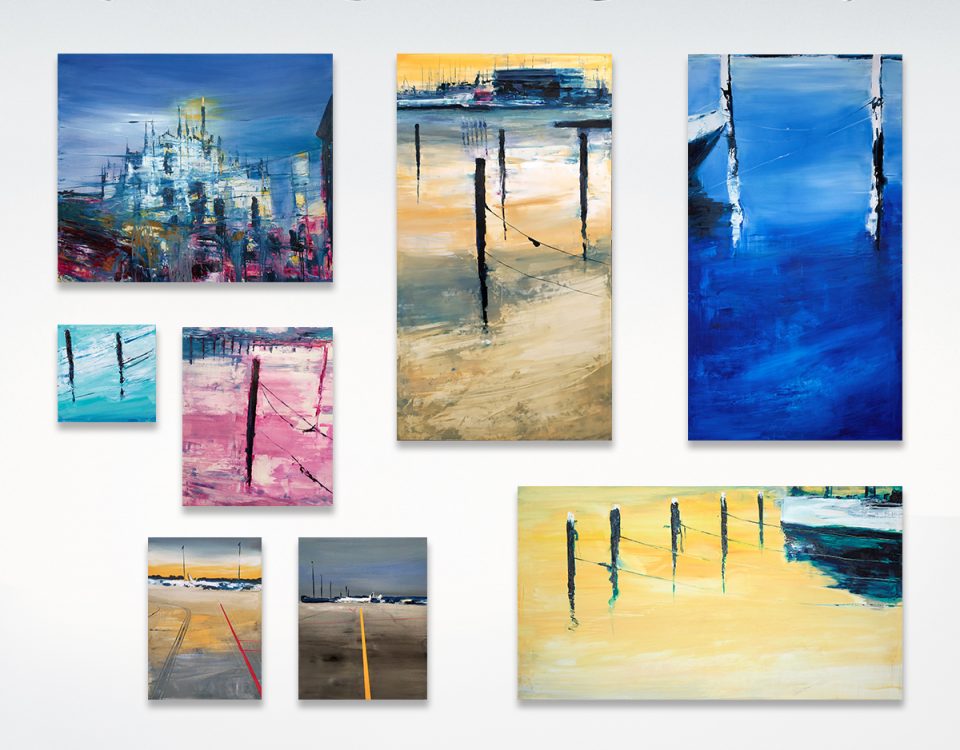 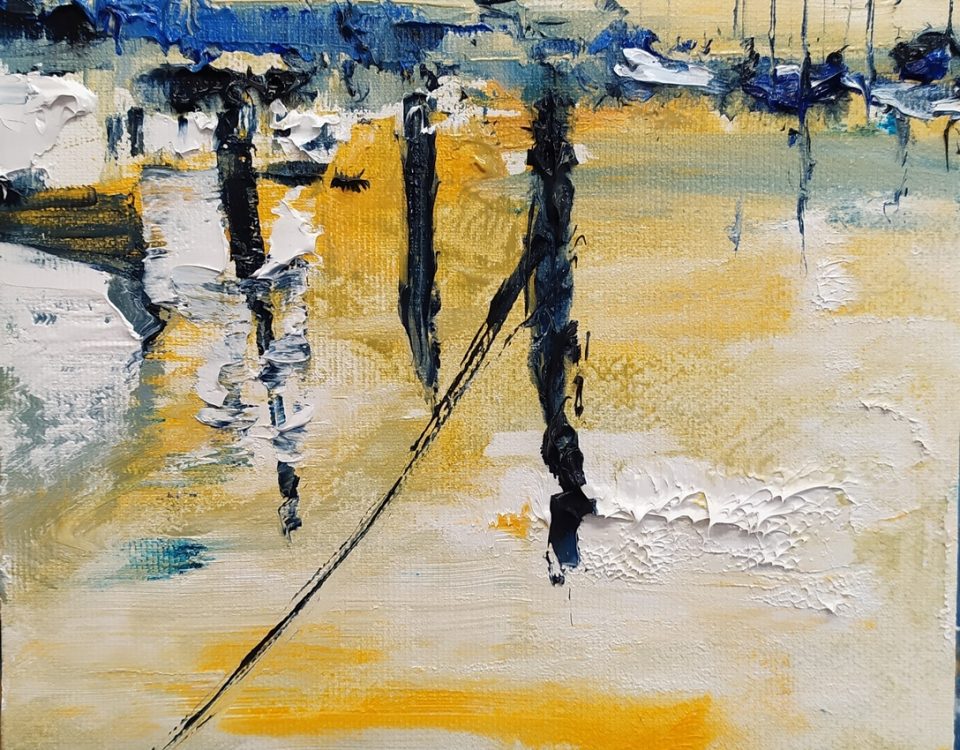